What Kind of Person was Noah Webster? 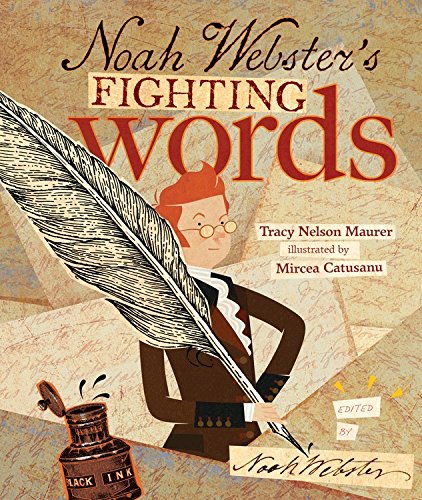 Third grade teachers, have you ever had a discussion with your students that historical figures were real people, with likes and dislikes like the rest of us?

Consider for a moment Noah Webster, who is known for writing the first dictionary of  English as used by Americans.

NOAH WEBSTER'S FIGHTING WORDS by Tracy Nelson Maurer gives a sense of what kind of person Noah Webster was. Here is a sample: "He argued in speeches....He argued at dinners. Noah argued A LOT."

Here is an idea for a classroom exercise. Your class is having dinner with Noah Webster. What kind of conversation would they have?
Posted by The Swimmer Writer at 5:04 AM No comments: 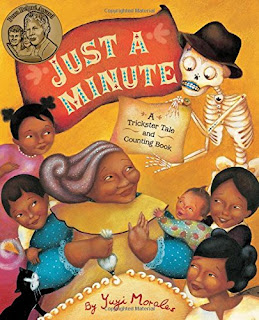 Since a new school year has started, I have decided to concentrate on interesting titles for the class room. My first one is called JUST A MINUTE : a Trickster Tale and Counting Book by Yuyi Morales.

First grade teachers, this book works on a number of levels. First, it tells a story.

Here's a sample: "Senior Calavera tipped his hat. What a skinny gentleman! With a pass of his hand he signaled to Grandma Beetle."

Numbers one to ten are embedded in the story and are repeated in Spanish. It's a chance  for students to learn to count to ten in English and Spanish.

Posted by The Swimmer Writer at 9:57 AM No comments: